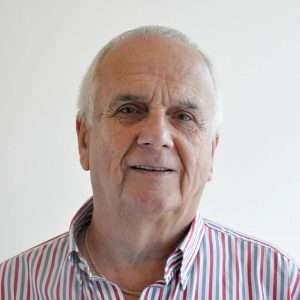 Founder and managing director since 1994

Peter was educated at Beaumaris Grammar School on the Isle of Anglesey. He started his working career as a trainee manager with FW Woolworth and after a successful period of time reached the dizzy heights of regional manager. After a career spanning 28 years he decided to have a go at running his own business and took a complete diversification and opened Adam Window Centres in 1994. Adam Windows has developed to become one of the leading double glazing companies in the South. We have built this business on three key factors: Quality, Service and Value. Clearly this has been the right focus. This has only been achieved by employing people that can deliver this promise and he is proud to say that his key management team span some 46 years’ experience within the company. He has been supported during all this time by his wife Lesley, who also holds a key role within the business. Peter has two sons and a daughter who have sought their futures outside the business. In his spare time he enjoys playing golf and holidaying abroad, but is still very active in the business.